East avenged their December 4th 60-51 loss to Science and Math.
While East led after after the first quarter 10-2, Science and Math led by 1 point both at the half and after 3 periods.
The Wildcats scored clutch baskets and free throws in the final half-minute to take the lead and pull away just as their defense shut down the Unicorns.
Final score:  East Chapel Hill 47 NC Science & Math 42 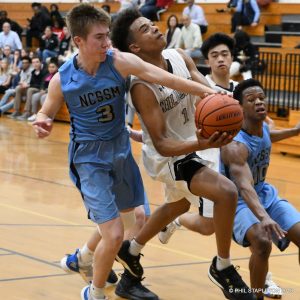 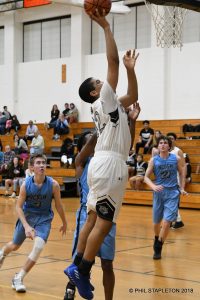