Tuesday, April 14, 2015 4:30 PM East Chapel Hill High School AWAY 24 Hillside High School HOME 0 Game Recap Geena Kennihan and Katie Agatucci combined to throw a three inning, run-rule shortened, no-hit shutout against Hillside. Geena allowed one on base with a HBP but was LOB while the Agatucci sister battery had a

The men’s and women’s varsity lacrosse teams will host respective opponents in a varsity-varsity doubleheader, Tuesday, March 24th in Wildcat Stadium. The Varsity MLAX will host Roxboro Community School in a conference match-up first at 5:30 pm. The varsity WLAX team will follow at the conclusion of the first game with a local flavor opponent…

The Wildcats Track teams (Men & Women) will host their first home track meet on the newly renovated track in Wildcat stadium, Wednesday March 18th. The Wildcats will host the Knights of Northern Durham in a PAC-6 Conference dual meet. The meet will start at 4 pm and admission for the track meet is $5.

Both the men and women’s varsity basketball teams will compete in the NCHSAA Basketball Play-offs, Tuesday Feb. 24th. The Lady Wildcats (9-9) will travel to Southview HS (20-2) in Fayetteville NC. The start time for the 1st round match-up is 7pm. The Lady Wildcats received an at large bid, as the 4th place team in

The 1st round games of the PAC-6 Basketball Tournament have been cancelled due to the winter storm closing schools early. The Lady Wildcats were scheduled to play Northern Durham and the Men’s team would host Hillside at East Chapel Hill. All three systems (Person, DPS and CHCCS) cancelled all after school activities because of the

The varsity men and women’s basketball teams will host 1st round quarter-final games in the PAC-6 Conference Tournament Monday, Feb. 16. The 4-seed Lady Wildcats will play 5-seed Northern Durham at 6 pm in Wildcat Gymnasium. The men’s varsity team will also play Monday evening. The Wildcats square-off with Hillside HS in a 3-seed versus

The threat of weather Tuesday and Wednesday has necessitated an adjustment to the PAC-6 Conference Basketball Tournament schedule next week. The first round will start Monday instead of Tuesday. The girls semi-finals will be played Thursday at Riverside and the boys semi-finals will be played at Jordan, also on Thursday. The championship games will be

The East Chapel Hill Women’s Varsity Basketball teams’ overall record was incorrectly reported in last article. The Lady Wildcats have an overall record of 9-7 and 4-4 in the PAC-6 Conference. 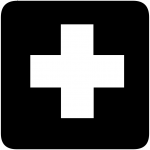 With spring sports seasons approaching soon (see here for more information), please keep the following in mind before tryouts: In order to try out, students must have 3 forms filled out: an NCHSAA physical dated within the past year, and a CHCCS Consent and Concussion Awareness form, both dated from this school year.  Copies of these